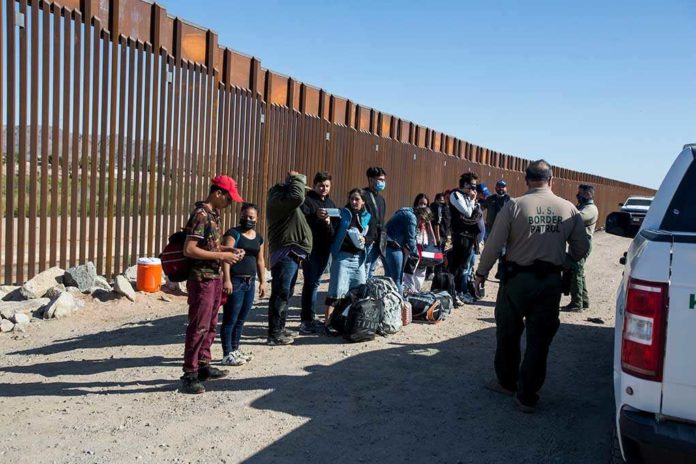 (TruthandLiberty.com) – For weeks, Conservatives have wondered why Democrats are so eager to defend Ukraine but not the US southern border. Perhaps the issue isn’t entirely a Democratic problem. On Wednesday, March 16, Fox News host Tucker Carlson and Rep. Maria Salazar (R-FL) enjoyed a heated debate about the issue. Carlson introduced Salazar by pointing out the double standard.

In February, Salazar was one of several House Republicans who sponsored the Dignity Act. If passed into law, the proposal would allow illegal immigrants who worked in the US for five years to stay without the threat of deportation. If they stay out of trouble for another ten years, they would be eligible for a pathway to citizenship. The only prohibition in the legislation is they can’t apply for permanent residency or a green card during their time in the US illegally.

Carlson questioned why Salazar created a different standard for the US border than Ukraine’s border with Russia. As Salazar spoke over Tucker, he told her the core difference is that the US government doesn’t punish those who illegally cross the US border. Instead, he said open borders and US policy reward them. The Florida Republican said Carlson’s claim wasn’t true, but she provided no details to support her position.

Ending the debate, Carlson noted Hispanic voters are trending Republican and want border security — and her bill doesn’t offer that.