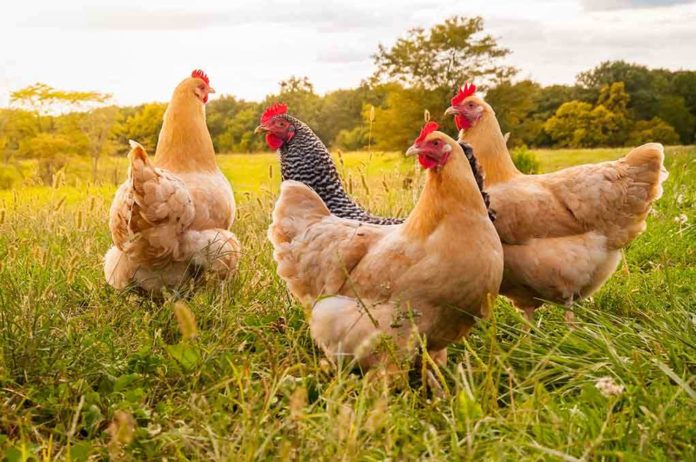 (TruthandLiberty.com) – As bacterial diseases become more resistant to antibiotics, there’s a movement in the food supply chain to cut down on how much or often livestock receive these treatments. Some researchers have wondered if there might not be an alternative way to protect chickens from diseases other than through conventional medicines. One study from Thailand may hold some promise.

People in Thailand have long used cannabis for its reported healing properties. Thai tradition says the controversial drug holds medicinal and culinary benefits. People there use it as a food additive. After one farmer gave his free-range chickens leftover cannabis, researchers decided to investigate if the science held up under scrutiny.

In northern Thailand, a farmer licensed by the government to grow medicinal cannabis wondered if he could give his chickens the leftover leaves and whether they would benefit from the practice. Researchers at Chiang Mai University joined the organic farmer to study whether chickens received immunity from disease by adding cannabis to their diets instead of antibiotics.

The researchers studied 1,000 free-range chickens at the farmer’s organic farm to see how the animals would respond to marijuana. The medical experts mixed cannabis with the chickens’ food or water. The birds consumed different amounts of cannabis. Additionally, one group of birds received the marijuana in their food as crushed leaves, and another group received water steeped with cannabis leaves.

Researchers noted that there was no difference in chicken’s behavior, and the amount of marijuana wasn’t enough to give them a high. The scientists pointed out the preliminary results appeared promising.

So, not only might the farmer save money on antibiotics, but he’s also already growing medicinal cannabis for other purposes. In addition, Thai consumers want more organic poultry and are willing to pay almost double the price for the cleaner, anti-biotic-free meat.

Experts still don’t know the full benefits or drawbacks of allowing chickens to eat or drink cannabis. Still, researchers believe the plant’s bioactive compounds promoted metabolic activity and helped improve the birds’ health and immune systems. They don’t yet know whether the supplement will boost chickens’ immunity against the bird flu or other diseases.